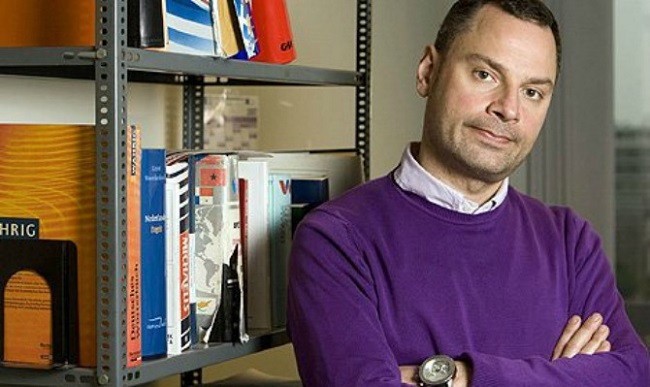 Yiannis Economou is not an average polyglot who might speak four or five major languages; he speaks thirty-two — sixteen of them fluently — and he can translate sixteen more.

Born in Heraklion, Crete, Economou studied linguistics at the University of Thessaloniki and then completed postgraduate studies in Middle Eastern languages ​​and cultures at Columbia University.

He returned to Europe to work as a translator for the European Commission, where he stood out even among the very skilled translators already working there.

The polyglot Cretan began listening to foreign languages from tourists who were visiting Crete at the age of five. He was consumed with curiosity about what those people were saying.

Two years later, he started learning German from a German teacher while he was on vacation in Rethymno. From then on, he remembers going to the beach and reading his book instead of playing.

His passion was so great that until he finished school he had already learned eight foreign languages.

Economou admits that it is difficult to remember all these languages, saying characteristically: “It’s a struggle, I’m not a machine. I’m flesh and bones, I forget languages, I get confused. When I speak Spanish I can use a Portuguese expression but it’s a fight and it’s worth giving it,” he said on Alpha television.

However, the young polyglot said that he has no favorite language. “When I learn a language, I do everything related to the culture and history of the respective country,” he said.